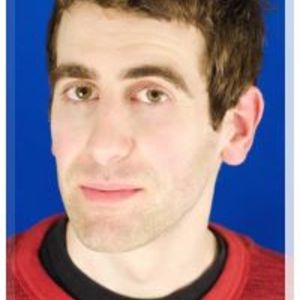 A Pittsburgh native and graduate of The College of Wooster with a B.A. in the lucrative field of English, Matt started studying improv in 2014. Since then, he’s felt very fortunate to take workshops from amazing instructors such as Susan Messing, Joe Bill, Rachael Mason, Rick & Laura Hall, Nick Armstrong, Rich Talarico, and Armando Diaz, as well as learn from all the wonderful instructors at Arcade Comedy Theater.

Matt is a current member of Arcade short-form max team 8-Bit, a former member of the now-defunct harold team One Hand Luke at Unplanned Comedy Pittsburgh, and one-half of the duo "Nice Guys," where he performs a monoscene alongside Jonathan Baldwin. He is the co-creator/producer of The Playlist, a monthly Arcade show which blends long-form improv with live music. He’s performed at the Detroit Improv Festival, Chicago Improv Festival (as part of puppet troupe Stranded With Strangers), and the NYC Improv Festival, Columbus Nestival Comedy Fest,, and Toronto’s Big City Improv Festival (with 8-Bit). He’s also done corporate shows for Arcade, both in and out of state.

Aside from coaching improv for Arcade’s house team program, Matt has also appeared in numerous scripted programming at Arcade, including live-reads of “Space Jam” (as Daffy Duck) and “Clue” (as The Motorist), as well as “Stranded With Rangers: A Power Rangers Parody” (as the White Ranger), and at numerous Sketchville productions as a member of Looking For Parking.