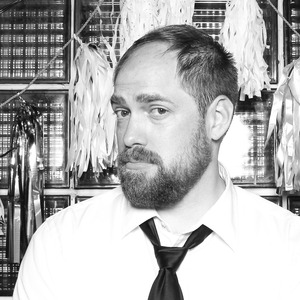 Nick is a native Texan who has been improvising since 2008. Beginning in New York, he studied at the Upright Citizens Brigade and Magnet theaters under such greats as Amy Poehler, Zach Woods, Russ Armstrong, Jordan Klepper, Peter McNerney, Will Hines, and Curtis Gwinn. He has also taken workshops with Susan Messing, Christina Gausas, and Ian Roberts. He should probably mention that his incredible parents, Tommy and Karen, have taught him quite a bit too.

Nick has coached house teams and indie teams in New York and Pittsburgh and has taught workshops at the New Movement Theater in Austin and The Clinton School for Writers and Artists in NYC.

Working by day as a graphic designer, he has designed the books “How to be the Greatest Improviser on Earth” and “Improv Nonsense: All the Posts” both by Will Hines, not to mention more improv show posters than you can count.

In his spare time, he daydreams of owning a chihuahua named Michelangelo, traveling the world with his amazing wife and daughters, Erica, Elouise, & Frankie; and eating Tex-Mex for every meal.